Last night I saw a wonderful, terribly timely play, Martha Mitchell Calling, written by Jodi Rothe and produced by Shakespeare & Co., about the role that Martha Mitchell played in exposing the Watergate Scandal and in Richard Nixon’s resignation. After the show the actors and playwright mused aloud with our webinar audience about whether there was a Martha Mitchell of our time. A few minutes after the webinar ended, I heard a familiar southern drawl which was joined by a chorus of doctors and Generals, former White House officials, the President’s niece, and the former Board of Directors’ of Radio Free Europe. “Martha Mitchell and Friends, calling back one more time. We have something to tell you, but you don’t have very much time. So, listen carefully….

President Trump knows he lies. He is careful not to go under oath. He has a back-up plan or lie or protestation for every misstatement. He knows better than to release his tax returns, or the readout of his conversations with Putin. He can swear, but he will not testify before Congress. Trump knows he lies. 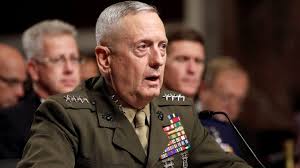 And because he knows he lies, he knows that he is not what he pretends to be– a successful  businessman who earns more than he loses, a commander-in-chief who understands foreign policy and cares about the country’s future, someone who is concerned enough about laws to follow them, a leader who values order enough to protect the country against national disasters. He also knows that all this pretense, and his inability to do otherwise, can bring him down. And the more he knows this, the more he needs to lie, to cover up, to distract attention from his most recent unlawful act or misleading claim. 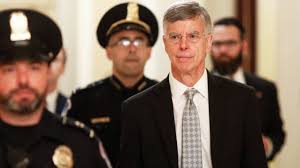 And because his reputation and governance are built on lies, distracting antics, and misleading statements, he will never have enough supporters or enough money or enough of anything.  Are you listening?  No amount of money or power or acclaim will ever satisfy Trump’s insecurity, ego, or his need for more at the expense of the country, and at the expense of anyone and everyone who is not shoring up the artifice of his power and reputation every minute. Even if he wins the election, this will not change.  The lies and misleading claims and wild distracting behavior will go on which means things will get worse, until the country breaks. Nothing will ever be enough for Trump to be sure that people will not eventually come to believe that the truth is more important than him.

Senate Republicans have also cast themselves in a dangerous role.  Many, if not most, realize what Trump is about. Individually they support him because they are afraid that will be picked off, if they don’t. They hope things don’t get too bad, knowing they will do nothing when they do. As a group Senate Republicans want to drastically reduce or end many policies and programs that the majority of the population support. Social Security.  Medicaid.  Occupational Health and Safety Standards. Affordable Health Care. The Right to Choose.  A fair, graduated income tax. Republicans want to increase the power and wealth of those who have power and wealth rather than to level the playing field or reduce income disparities. This is not what the majority of Americans want, so Republicans know that their power, too, is precarious.

To press forward with an agenda that is contrary to what most Americans want and to hold onto that agenda, they must rely on misleading narratives, silence, and secrecy. This, too, will not end with the election if Republicans retain control of the Senate. For they will never have enough power or be secure enough to believe that Americans will not wake up, stay woke, and eventually demand what the majority of Americans want.

Even if Trump were to win, and the Senate were to retain a majority in the Senate, at the first sign of resistance both the President and Republicans will blame their own countrymen and countrywomen, demonize those who resist, and move to crush. Us.  And the rationale for crushing resistance would again be based on lies, misleading statements, and the need to suppress opposition. If Democrats cannot win the Presidency and the Senate, efforts to suppress the vote will proceed. For Republicans fear that resistance will grow stronger as Trump’s administration and Republicans press harder on American necks, until there is only repression or violence. We don’t have much time. Let us vote for a better future while we can.

Nancer Ballard is a practicing lawyer, writer, and Resident Scholar at Brandeis University’s Women’s Studies Research Center where she studies and writes about narrative arcs and social movements. She volunteers for the Florida’s Voter Protection team and is friends with Annette Miller, the lead actor in Shakespeare & Co.’s production of Martha Mitchell Calling. To find out how you can view the play, first cast your vote in the 2020 Election, and if you voted by mail, check to make sure that your vote has been counted. (Links to check your ballot status in every state state can be found at: https://www.huffpost.com/entry/check-if-vote-counted_l_5f930301c5b6db8bd16a8a28). Then contact https://www.shakespeare.org. 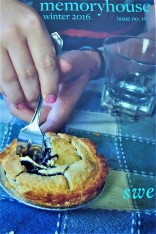 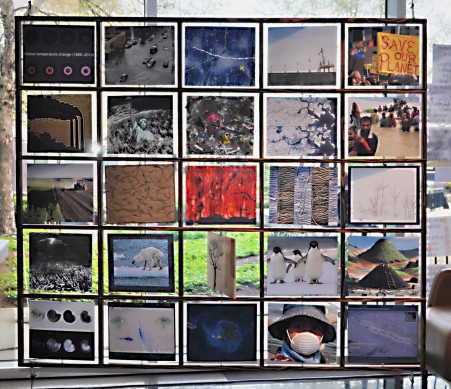 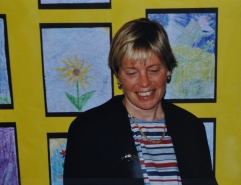 What I’m Reading in January and February

Welcoming the Unwelcome by Pema Chodron

Anything is Possible by Elizabeth Strout

News of the World by Paulette Giles